n Myanmar, there are four major religions: Buddhism, Islam, Christianity, and Hinduism. However, there are also many people who worship spirits called Nat. Animists believe that Nats (spirits) can protect their life and guard them. In upper Myanmar, farmers believe and worship Farm Nat called Ponemagyi Shin Ma. They believe that if they worshiped and honored Ponemagyi Shin Ma, she will help them to get plenty of rice, sesame, and cotton (Gossypium) and protect their farms.

What is Ponemagyi Shin Ma Nat and How did she become?

This is the story about how Ponemagyi Shin Ma, an ogress during the time that  Buddha was alive became worshiped by farmers. In this story, there was a rich householder and his wife was barren. Therefore he decided to marry a second time as he agreed with his wife. When the second wife was expecting, the first wife was jealous and planned for a  miscarriage. After three times of miscarriages, the second wife died. Before she died, she knew the plan of the first wife. Thus she wished for revenge.

In their next life, they were reborn as hen and cat. The second wife is a cat and eats the eggs of hens every day. The hen knew that the cat ate her eggs so she also wished for reprisal. Therefore in the second life, the hen became a leopard and the cat became a doe. The leopard ate the offspring of the doe. The doe thought that the leopard ate her offspring and she would also eat me. She wished that “ after I die, may I eat the offspring of the leopard and her”. The doe became an ogress in their final life and the leopardess became a woman. The woman grew up and married a man. The ogress ate the baby when the woman gave birth to the child. The ogress ate the baby twice. When the woman was expecting again, she decided to go back to her mother’s house. Then she gave birth to a child and the ogress also tried to eat her son. The woman ran to the Zatawan Monastery.

At that time the Buddha was giving a Dhamma. The Buddha told them about their past feuds as rivals of one husband. At the end of the discourse of Buddha, the ogress cried and said “if I can’t eat humans, I don’t know what I can eat”. The Buddha said, “ Dear Daughter, don’t worry, this woman will give you food and rice”. And then the woman brought rice and porridge to the ogress who lived outside of the village every day. Therefore the ogress told her what kind of crops should be cultivated this year. Thus the woman got plenty of crops and there is no loss by natural disasters. The other people noticed that so they asked her “Do you know if this year will be good or a drought?”.The woman replied that she didn't know yet but she cultivated what the ogress said. Hence the other people also want to serve the ogress and bring porridge, food, and rice. From then on the ogress guarded their farming and Savatthi became prosperous. Till today all the farmers honor Ponmagyi Shin Ma as it is a traditional belief that it comes from religious orders.

When and How offering to Ponemagyi

On the evening of the second day of Tabaung, they invite the Ponmakyi Nat, saying, “Let’s eat, rest, drink, and urinate”. It has been invited since night. In the early morning, they took a pot that was made with clay and smeared Thanakha on it. The pot was bound with sewing thread seven times and Ponmagyi flowers. They put tea leaf salad, fried fish (in seven with head and tail), Mont Hsi Kyaw, and plain rice.

Ponmagyi is a woman so she likes feminine accessories. Therefore they offer her women's clothes, cosmetics, a mirror, and a comb. During the morning she stays at their house, and they are careful to be quiet. Ponemagyi Shin Ma was scared of the noise. If she is not happy at their house, they believe that they will lose in the harvest. If she is happy at their house, she makes a sound that is a sign that she is arrived and pleased. In the afternoon, they have to throw these offerings away and feed Dana (charity).

In upper Myanmar, farmers offer Ponemagyi Shin Ma every year whether they get plenty of crops or not. So if you're ever in Upper Myanmar, be sure to check out this traditional festival in March. You will get a lot of experience and fun.

Strolling around the pages of the world’s largest book, Myanmar

How Bagan is surviving through COVID-19 and the Coup 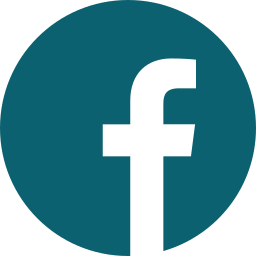 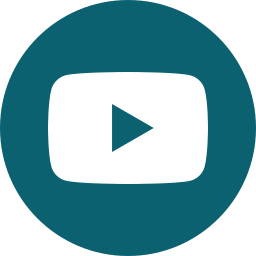