Chin State is located in the Western part of Myanmar with the total area of 13,907 square-kilometer. Chin State is bordered by Sagaing Division and Magway Division to the east, Rakhine State to the South, Bagladesh to the West and India to the north. There are 9 townships and Hakha is the capital city of Chin State. The state has many rivers and the Manipur River flows through its northern half. The Tio River forms much of the border with India for the northern half of the state. The Bawinu/Beino/Chhimtuipui River, as the Kaladan River is known upstream from its confluence with the Tiau, forms the border with India for the central portion of the state. In the southwestern part of the state, the Kaladan River enters from India and flows down past Sinletwa/Salyutlana and Paletwa and exits into Rakhine State. There are various of traditional foods and cultures. 80% of the populations are Christian.

Each region is Chin State has significant destinations to attract travelers in different ways. A wide assortment of major tourist attractions not to miss starts from the Kenedy peak to the unique heart-shaped Rih Lake, Buan Nel valley, Mt. Ciriang, Khai Khaikam Elephant camp, Historical Siallum Fort, Mt. Zing Hmuh on the Northern part of the State plus Bungtla Waterfall, the Asean Heritage park Mt. Victoria (Nat Ma Taung) and Mt. Kimo on the Western part of the State. Historical places, scenic beauty of the land, biodiversity of flowers, rare birds such as White-browed Nuthatch, the beauty of facial tattooed Chin ladies, traditional knife dance, bamboo dance and music, symbolic cultures and customs can grasp the heart of the travelers.

This pristine heart-shaped lake has a huge meaning for the Mizo who live on both sides of the border. The lake is a major pilgrimage site for the Mizo not only in Chin State but also in the Mizoram State of India; additionally, it is also a most-liked place to hang out for people who live nearby, they come to swim, drink or have fun at weekends. On weekends, the lake is considerably more tranquil and peaceful, making it an excellent place to unwind, get in touch with nature, and flee from the commotion of cities in Myanmar.
Travel
Nature and Wildlife

Sabuti is a Chin Traditional Food made with corn and meat. It is fresh and sweet. It is special for its taste and smell.
Culture

Aidii Collections is a Chin local clothing branded Traditional Costume collection. The products are back-strapped woven, and are produced with yarns from India and natural dyed yarns of Myanmar. Aidii was founded by Anna Biak Tha Mawi, a young Chin entrepreneur woman and a poet...
Local Businesses
Women and Youth

Myanmar is one of the Southeast Asian Nations of 135 ethnic groups divided into eight major races: Kachin, Kayah, Kayin, Chin, Bamar, Mon, Rakhine, and Shan. Each has its own remarkably unique cultures, traditions along with ethnic languages.
Culture
Lifestyle

Chin State is beautiful with different scenery in each season. But the best time to visit is Winter and Summer. As it is one of the lowest temperature in Myanmar, it is the best time to enjoy the weather in Summer. The local use to go local fishing to the nearest stream or river. Most of the festivals in Chin State are in Winter like Chin National Day, Khua Do, Harvest Festival…etc.,. The temperature is under minus degree sometime in some townships. There are mists everywhere so that we can barely see each other from a distance. There are white snows on the grass beside the road and they are so beautiful. In Rainy season, you can visit Chin State but the rain is too heavy so that you cannot be able to explore the towns. And most of the road in Chin State are still dirt. So, they are muddy and slippery.

END_OF_DOCUMENT_TOKEN_TO_BE_REPLACED 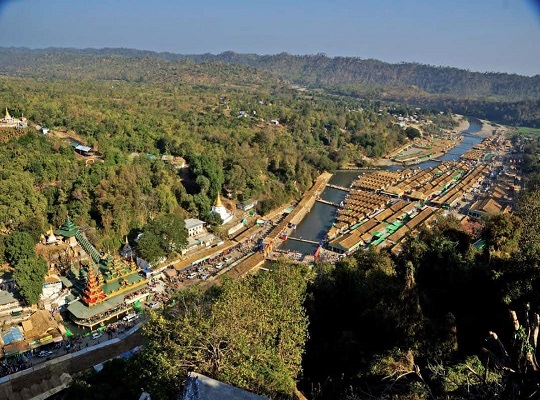 Magway Region is an administrative division in central Myanmar, well known as Myanmar's oil big pot due to the high yield of sesame oil. Magway is the city of the Magway Region and is situated on the banks of the Irrawaddy River. The Myathalun, the beauty of Magway located in the north of the city.
END_OF_DOCUMENT_TOKEN_TO_BE_REPLACED 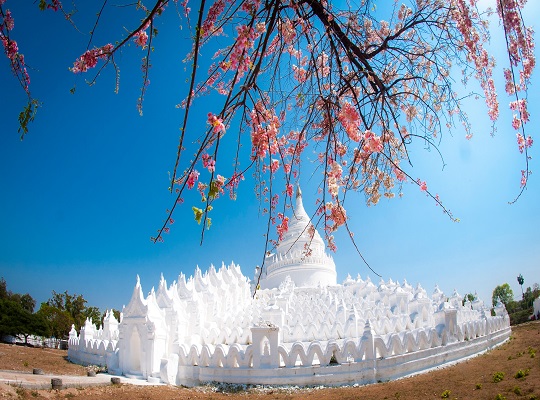 Sagaing Region is a hidden gem in Myanmar that is rich in history and culture. It is home to the Sagaing Kingdom, which was the capital of the Kingdom. The region is also home to numerous Buddhist monasteries and pagodas that are located on hills and parallel to the river. Therefore, Sagaing Region is a must-visit for anyone who wants to experience the true culture and history of Myanmar.
END_OF_DOCUMENT_TOKEN_TO_BE_REPLACED 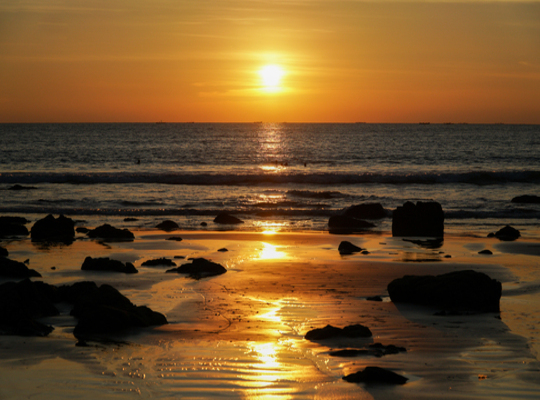