Tanintharyi region is located in the Southern part of Myanmar. It is covering the long narrow southern part of the country on the upper Malay peninsula. It borders the Andaman Sea to the west and the Tanintharyi Hills, beyond which lie Thailand, to the east and to the north is the Mon State. Tanintharyi region is surrounded by mountains, islands, beaches, waterfalls, hot springs and historical pagodas. The capital city Tanintharyi region is Dawei (Tavoy). Tanintharyi has three districts which are Dawei, Myeik and Kawthaung. Dawei is a small city, charming, peaceful and green town on the banks of the Dawei river. Dawei is the capital city of the Tanintharyi Region in Southern Myanmar. Dawei is well known for its beautiful white-sand beaches and historic pagodas. Myeik is a small township and it is surrounded by about 800 islands. And also Myeik is island Paradise. The neighboring country is Thailand and Kawthaung is the entry point of Thailand (Ranaung). It is also known as Victoria Point (Ba Yint Naung Statute) and famous for Boat Trips to islands.

According to political situation, we needs to wait to visit Taninthayi.

Kawthaung is one of the entry points to the Mergui Archipelago. It is surrounded by over 800 natural islands and offers many different tour packages. Island hopping in Kawthaung is the perfect way to get an unforgettable moment and have fun activities in your life.
Travel
Nature and Wildlife

Dawei Town is not only just a perfect destination full of beautiful mountains, beaches, islands, hotsprings, waterfalls, historical pagodas but also with unique and wonderful traditional cultures and festivals. You can also enjoy the natural beauty and traditional culture. By visiting the twenty-eight buddha statues Festival, you can see and learn that the people of Dawei are generous with charity and treasure the value of Dawei traditional cultures.
Festival
Lifestyle

The beautiful Dawei city is one of the best beach paradises in all of Asia. It has pristine beaches, mountains and riverside towns. I recommend that when you visit Dawei, you should join CBT programs, where you can study local people's lifestyle, nature and environment.
Travel
Nature and Wildlife

Dawei's people like the rainy season because four townships in the district have natural waterfalls which will swell to natural water fun parks with loads of rain. Local people visit the waterfalls, swim and relax with friends or family at the waterfalls. If you visit Dawei from June to September, I want to recommend visiting the waterfalls in Dawei. Tour operators in Dawei offer special packages to the falls during this period.
Travel
Nature and Wildlife

The Alm Bowl festival is a traditional event that takes place in Dawei each year. During the festival, local people enjoy special moments with Dawei traditional dances, music and culture. If you visit Dawei in October, you can experience this unique event for yourself.
Festival
Lifestyle

Dawei is a natural paradise and has many special activities that include beach hopping, waterfall trekking, hiking in mountains and boat trip to the islands. In Dawei, going hiking is a must-try activity because it has many famous mountains. Hiking is a good way to improve our health with a whole-body workout. If you explore hiking in the mountains, it will give you a special feeling and an unforgettable memory of your life.
Travel
Nature and Wildlife

Myeik is a wonderful location to explore natural Islands and delicious Cuisine. If you go to Myeik as a holiday trip, don't forget to try traditional foods and delectable seafood. On your Myeik itinerary, let's discover food from the Mergui Archipelago.
Traditional Food

If you want to see more of the city surrounding Kawthaung for day trips, I recommend to you my favorites. These amazing locations are really special, and these will be a memorable journey for you.
Travel
Nature and Wildlife

If you love Myanmar's culture and traditions, I want to recommend that you visit Dawei and join tours and learn Dawei traditional dances of Myanmar.
Culture
Women and Youth

All the processing of cashew nuts is operated by mostly women in Dawei. So, you can appreciate the hard work of women and support our local product of cashew nuts while visiting southern Myanmar.
Local Businesses
Women and Youth

You should not miss visiting Dome Naung Mai in Myeik by experiencing Community-Based Tourism to promote the local life and the unique culture of Moken. Check here for more detail...
Lifestyle
Culture
Nature and Wildlife
Travel

Delicious Ngapi is made with small shrimps and fish. To obtain Ngapi, local people salt fish and small shrimps, dry salted fish and shrimp under the sun and pound them in a mortar. The duration of fermentation to get Ngapi takes 3 to 5 months which will vary according to different types of Ngapi. Some Ngapi makers add a little oil or salt to the paste to help preserve it, while others allow it to ferment naturally. For more information, see here....
Traditional Food

Myeik is an island-hopping paradise and it is very popular for trips to Myeik Mergui archipelago. The average price of one island trip in Myeik archipelago is about 70,000 MMK or approximately 40 USD per one person. Check here for more info........
Nature and Wildlife
Travel

Must Visit Fisherman Village of Tizit

Tizit village is located in Launglone Township, Dawei District, Tanintharyi region. It is about 20 miles or approximately 32.1 km from Dawei. Tizit village is surrounded by mountains, beaches and waterfalls.
Travel

Tanintharyi region is the best place for nature lovers as it has many tourist destinations. If you visit the Tanintharyi region, you should go to hot springs to get good blood circulation, relax your body and get good skin. When you relax your body by enjoying nature at hot springs, you can calm your mind and then lose stress from something else.
Nature and Wildlife
Travel

Nga Pi is mostly made with small shrimps and it sometimes contains small fish. Local people salt small fish and tiny shrimps, place them in the sun and then pound them in a mortar to make Nga Pi. The pot's ferment duration to obtain Nga Pi takes 3 to 4 months. Check here for more info.......
Traditional Food
Lifestyle
Local Businesses

Dawei the capital of Tanintharyi region in the south east of Myanmar is surrounded by mountains, beaches, waterfalls, and historical pagodas. But also home to the traditional Dawei food: Mote Latt Thouk. When you visit Dawei, you should try Dawei Mote Latt Thouk find out more about this delicious food in this article.
Traditional Food
Lifestyle

You can do such activities as learning about the fishery, hiking to mountains, relaxing at the CBT sites, and traveling to hidden beaches and islands in one place. If you are interested, you can read the full version...
Lifestyle
Travel

At Kalonehtar CBT site, travelers can do activities like going around traditional medicines (herbage) garden, trekking across the green wood, eating lunch near the stream, doing some services at hot spring and visiting to souvenir shops to buy local products and drinking organic fruit juices.
Travel
Nature and Wildlife

The Moscos Islands are located in the Andaman Sea sea in front of Launglon Township, Dawei District, in the south-east of Myanmar. Is the best place for Snorkeling when you stay in Dawei, the Capital city of the Tanintharyi Region.
Travel
Nature and Wildlife

Edible bird nest is a high-value nutrition supplement that is obtained from the edible bird nest swiftlet. It is also known as the white-nest swiftlet which is a small bird of the swift family which is found in South-East Asia. Read more about this fascinating traditional food from Tanintharyi.
Local Businesses
Traditional Food

5 Beaches You Shouldn’t Miss in Dawei

On the Dawei peninsula, white sand beaches are easily accessible with a car or motorbike within an hour drive or less.
Nature and Wildlife
Travel

Taung Moe Taung Mountain is the easiest and simplest to reach for hiking within 17 minutes drive from Dawei with amazing views.
Nature and Wildlife
Travel

The Handicraft Couple from Dawei

Learn how the lamp and natural fabric dye handicraft couple from Dawei, Myanmar turned their hobby into a business during the Covid-19 pandemic.
Lifestyle
Local Businesses

Although street vendors play an important role in the local economy in Dawei, nowadays, their sales are down and they are facing a lot of challenges and also struggling very hard to survive due to the Covid and Crisis.
Women and Youth
Local Businesses
Lifestyle

Restaurants in Tanintharyi offer a delicious array of dishes that are sure to tantalize your taste buds. From fresh seafood to traditional Burmese curries, there is something for everyone to enjoy. And with so many restaurants to choose from, you'll never be bored with your options. Whether you're looking for a quick bite or a leisurely meal, Tanintharyi has the perfect restaurant for you. So come and explore all that this region has to offer culinarily! You won't be disappointed.

Looking for a place to stay in Tanintharyi ? Check out our selection of hotels! Whether you're looking for luxury accommodations or a simple room to rest your head, we've got you covered. Our hotels are selected by our locality managers who live in Tanintharyi. The rating you see is based on who owns the hotel, there sustainable practices, and their impact on youth, women and communities. If you have feedback about one of our hotels please do contact us.

There are three ways to get to Tanintharyi Region. From Yangon to Dawei ,You can go by plane, train and bus. The trip by bus takes about 12 hours and the trip by plane takes about 1 hour to arrive Dawei. If you are outsider of Myanmar, you can go to Dawei from Htee Khee Gate, Thai-Myanmar Border Gate and also Yangon International Airport. From Yangon to Myeik, you can go by express or by plane. It will take about 17 hours by car and about 1 hour by plane. From Myeik to Kawthaung, you can go by  bus. It can take 10 hours to 12 hours from Myeik to Kawthaung. The duration will take about 45 minutes by plane.

END_OF_DOCUMENT_TOKEN_TO_BE_REPLACED 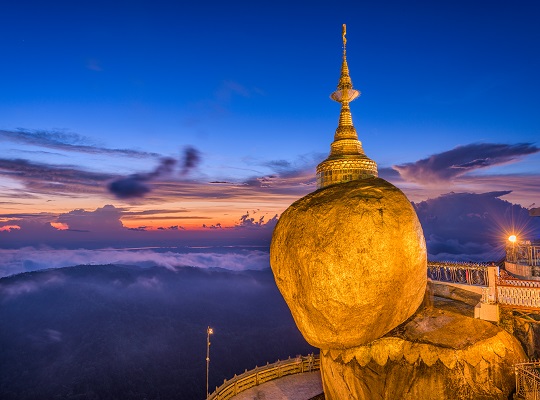 The region is home to a diverse range of ethnic groups, including the Mon, Karen, and Bamar peoples. The state capital, Moulmein, is a major trading hub and the largest city in the Mon State. The region is renowned for its production of teak lumber and rubber, as well as its stunning temples and scenic coastline. In recent years, the Mon State has experienced rapid economic growth, due in part to foreign investment. With its rich culture and natural beauty, the Mon State is an increasingly popular destination for tourists from all over the world.
END_OF_DOCUMENT_TOKEN_TO_BE_REPLACED 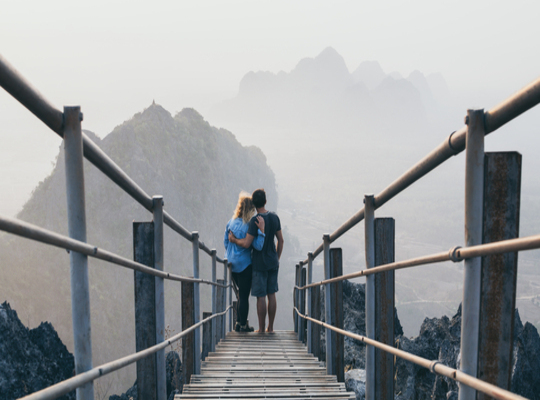 Kayin is a state located in southeastern Myanmar. It is bordered by Thailand to the east, Bago Region to the north, Kayah State to the south, and Shan State to the west. The region has an area of 11,700 square kilometers and a population of approximately 1.5 million people